Beelinguapp for iPhone and Android shows the exact same text in two languages; side by side. At the same time, it is an audiobook, and with its unique karaoke reading you follow the audio in the text on both sides. A language learning software that functions as a Karaoke Audiobook, it shows the text being played in two different languages side by side. It plays audio reading the text and shows a karaoke animation on both sides. Users read along in the language they are learning, while having the text in their native language as a reference. The voices and translations are from real people. It has a large collection of texts including fairy tales, novels, news, wikipedia entries etc… in all difficulty levels translated and narrated to (so far) 13 languages.

Tech Center Europe is a new and quickly growing startup center based in Barcelona. We have curated an extensive database of startups, companies, and hubs all over the continent. Our comprehensive calendar lists related industry events and opportunities for networking. Our community will connect you to like-minded entrepreneurs near and far, bringing you into the tech circle in Europe. Furthermore, we have a wide collection of internship offers, and can help ease the intern recruitment process for your company. Throughout your startups entire journey, use us as a multipurpose tool to fit your changing needs. 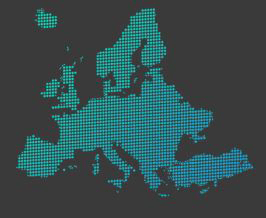 Hot monthly news about the European tech scene, straight to your inbox.